The primary benefit of a SIEM system to any organization, is the fact it immensely increases the effectiveness of incident response teams. The early detection of occurrences is a key factor for incident containment and eradication, which means a reduced overall impact.

Since SIEMs can correlate events from different data nodes and devices, this allows for detecting incidents that would otherwise be completely missed. For example, a network intrusion prevention system can usually only see a part of an attack, while the affected host (e.g., a notebook or a server) can see the other part. A SIEM sees the bigger picture by combining logs from both devices, thus making it possible to have a complete picture of the incident.

“A SIEM’s power is in its correlation”

Microsoft Windows® Active Directory best practices consider different signs to identify and evaluate a compromised computer system by correlation, through a proper configuration of Windows auditing settings. These signs can help to detect a malicious activity in a computer system early and timely. The following security events can be considered as part of the correlation to detect possible signs of computer system intrusion within Windows® operating system. 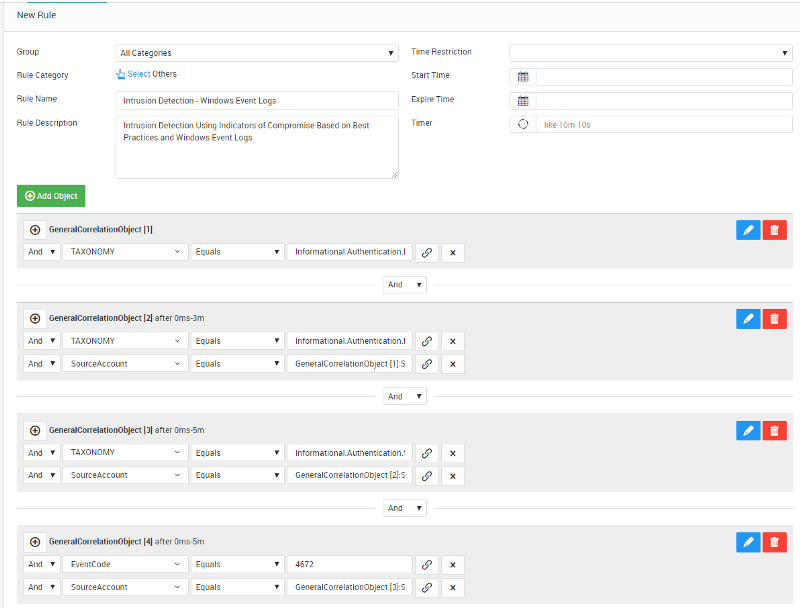